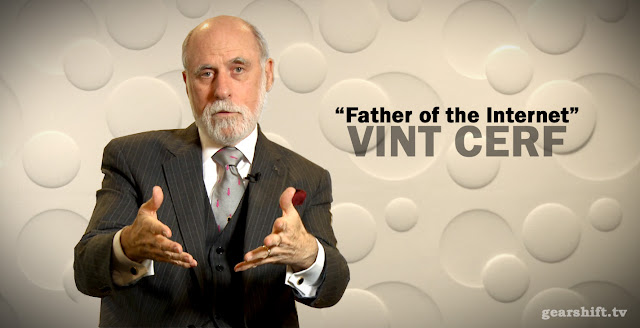 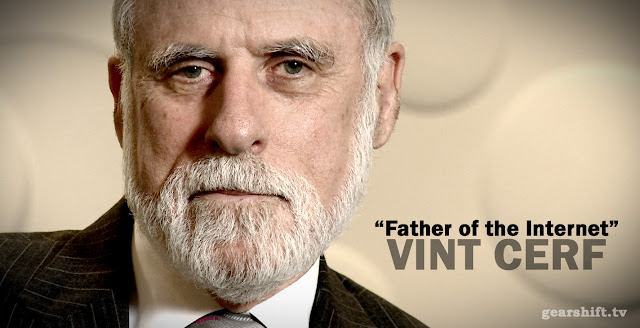 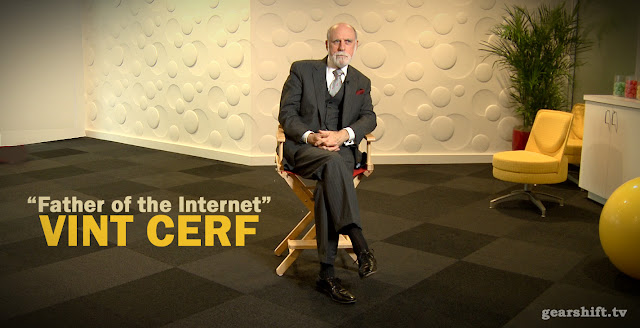 Today I interviewed Vint Cerf, the "Father of the Internet".  He is a brilliant mind and he spoke on the topic of internet security.  Cerf was a program manager for the United States Department of Defense Advanced Research Projects Agency (DARPA) funding various groups to develop TCP/IP technology. When the Internet began to transition to a commercial opportunity, Cerf moved to MCI where he was instrumental in the development of the first commercial email system (MCI Mail) connected to the Internet.

Cerf has worked for Google as its Vice President and Chief Internet Evangelist since September 2005. In this function he has become well known for his predictions on how technology will affect future society, encompassing such areas as artificial intelligence, environmentalism, the advent of IPv6 and the transformation of the television industry and its delivery model.

Companies choose Gearshift to deliver their message through video and photography.  http://www.GetGearshift.com/  877-477-STUDIO
Posted by Unknown at 10:09 AM 16 comments: